What is Display Advertising?

You see it all over the place while surfing through the Internet. Even when you are searching for something like your next vacation getaway or the hottest new phone on Google you are seeing examples of display advertising. Still do not what it is? Ads! Display advertising is an ad that shows up at the top or on the sides of search engine results or on the websites themselves. Other avenues in which display ads are used are through email and mobile apps.

Often called ad banners, or simply banners, they consist of text, pictures, company logos, and/or videos. Much like traditional ads found on TV and magazines and so on, the purpose of display advertisements is to deliver brand messages or showcase a product/service to the millions of people who surf the Internet every day. This begs the question: how are display ads useful? Read on to learn more.

An Improvement Over Traditional Ads

Ads that are seen on TV or in magazines are fundamentally flawed for two reasons:

Display ads have neither of these problems. With the tools provided by Google and other search engines, you can tweak every single part of the ad whenever you like and as often as you like. And for the most part, the changes happen almost immediately. If your store has suddenly decided to have a sale, you can adjust an existing ad to tell people about it. This cannot be done with traditional ads because the amount of time, effort, and money is exponentially greater. The tools given to you also allow you to target a specific audience. For example, Google AdWords will allow you to compete with other companies in showing your display ad to people who have used a specific keyword. For example, if you sell furniture, you can create an ad that targets the kind of furniture you want to ad. This is more efficient and cost-effective because you are displaying an advertisement to people who already know what they want, as opposed to TV and magazine ads where the hope is to find someone interested in what is being advertised. This shotgun approach to advertising is still popular, but it is not as useful as display ads.

Display Ads Can Be Tracked

Another advantage display advertisements have over other ads is the ability to track their performance on a daily basis. It is almost impossible to track how successful a TV ad is in raking in a customer, but with a display ad, you can see in real-time how many people have seen the ad, how many have clicked on it, and how many were converted into paying customers. These are powerful reason why so many companies have invested a lot of money into this type of ad because you can accurately measure the return on investment (ROI). If you would like more information on display advertising, contact the experts at Premiere Creative or give us a call at (973) 346-8100. 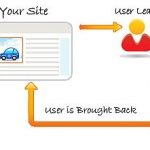