Collectively, companies spend billions of dollars on digital marketing each year, making the Internet a powerhouse that drives modern marketing initiatives. Organizations utilize web marketing in an effort to target potential customers, raise brand awareness, and increase sales. With so many digital platforms in the running, it becomes difficult to determine which platform is best. “Where will I get the most bang for my buck?”

In the following blog post, we make a case for the Google Display Network including the various specifications for each ad option.

What is the Google Display Network?

Google display network contains 3rd party websites that partner with Google to serve up display ads on their website in a revenue sharing arrangement. With the Google Display Network, nearly any Internet user is within arm’s length. This network pushes ads towards targeted audiences and desired websites. Google Display Network integrates ads with like-websites to offer a subtle source of context-based marketing through the following ad options:

Responsive ads adjust in appearance, size, and format to suit nearly any ad space available on the Google Display Network. If your ad looks best in banner format, it will appear as a banner ad on websites. These ads automatically adapt to ad spaces and reformat to look more inviting. Ad specs to consider:

Gmail ads give advertisers access to one of the most powerful marketing tools—the inbox. These interactive ads appear at the top of an inbox with a yellow “AD” symbol, differentiating them from the rest of the messages. When clicked, they open into an email ad that can include images, videos, and embedded forms. Choosing Gmail ads allows advertisers to connect to customers in a more personal format. Ad specs to consider:

True in-stream ads are video oriented. Commonly seen on YouTube or similar video sharing websites, your video ad appears before, during, or after a video. The viewer has the option to skip the ad after 5 seconds. The advertiser pays when the viewer watches 30 seconds (or the duration) or interacts with the ad. Ad specs to consider:

TrueView video discovery ads appear on YouTube and other video channels where Internet users are likely to discover your brand content. Often times, these ads appear next to related YouTube videos, as part of a YouTube search result, or on the YouTube mobile homepage. For instance, a cosmetic company would retain high engagement by integrating a discovery ad within a makeup tutorial on YouTube. Such ads should be visually appealing and urge users to click to watch the video. Ad specs to consider:

If your objective is to boost brand awareness, opt for bumper ads. These ads consist of a short, 6-second, non-skippable video that you can upload to YouTube and other video services. While the ad duration is short, the message should be impactful. Much like True In-Stream ads, they play before, during, or after a video. Advertisers pay based on impressions. Ad specs to consider:

Call-only ads appear on mobile devices. They encourage people to take action and dial the number of your business to inquire. When a potential customer clicks on the ad, it initiates a call to your business without having to manually input your phone number. Ad specs to consider:

Formally known as click-to-download ads, marketing teams format app install ads to drive more downloads. These ads contain an “Install” button to prompt potential customers to download your app. By linking to your app’s listing on Google Play or the Apple Store, it provides customers with a seamless experience.

App engagement ads enable existing users to re-open preexisting apps. For instance, an app engagement ad would appear if customers were using Safari to access Gmail and prompt them to open the Gmail App instead. When clicked, it launches your app straight from the ad. If someone sees your ad and doesn’t have your app downloaded, it will urge them to download it.

Spanning over 2 million websites, 650,000 apps, and reaching 90% of Internet users, The Google Display Network’s bandwidth is impressive. It offers advertisers many powerful tools to help market their brand online. Containing millions of blogs, news pages, and sites, Google’s capacity provides businesses with the ability to micro-target customers, who would otherwise be unattainable. With a variety of ad formats, the Google Display Network is a fantastic way to expand your online reach, no matter the industry. For more on the Google Display Network, contact the marketing experts at Premiere Creative today by giving us a call at (973) 346-8100. 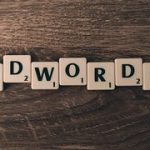