In many cases it is considerably difficult to continue to generate new content day in and day out. With that being said many times content creatures may have to eventually repurpose content in an attempt to continue to build and interact with their audience instead of churning out repetitive content that they have already done before.

Despite the fact that repurposing content seems to be quite simple there are a few things to keep in mind regarding how it can affect your favorability in regards to how Google ranks your site. There was a time when repurposing content was thought to negatively affect the ranking of your site, but that isn’t necessarily the case today depending on how savvy you are.

In fact it can actually improve your SEO ranking because your have the potential to generate new themes and ideas regarding the same piece of content. Over the course of times what was written in a blog post could have changed and the issues discussed in the post could be different. Another aspect to embrace when repurposing content is that it allows the content to reach audiences that it may not have reached when it was initially written. Writing on the same topic, approached from different aspects opens up a whole audience that it may not have reached in its initial run.

The content can be disseminated through a series of blog posts instead of just one. Take the time to write differing aspects on the same topic and include different images or videos to separate the different posts from one another.  This will also establish your site as a source of numerous different pieces of information and insights on a particular topic, thus increasing the likelihood that search engines will view you as a thought leader on this topic.

In addition, creating an e-book is a worthwhile way to reuse content. This can be done by compiling a series of blogs posts that relate to a certain topic in a compact easy to navigate format. Not to mention, there a more than a handful of ways to promote and sell, or give a free download, to an e-book through Amazon and host of other options.

Last but not least content can also be repurposed simply by using social media. At this point there are three main social media sites; Google+, Facebook, Twitter, and you could even throw YouTube in the mix. Each of these sites allow for different ways to repurpose content. On Google+ or Facebook you can make thought-out post with images and video or on Twitter you can get right to the point creating meaningful tweets in 140 characters.

Even YouTube can help you turn content into a video with more in-depth visuals regarding the subject that you are focused on.

Whereas repurposing content used to be something to fear, now with all of the avenues to disseminate new the same content in a variety of ways it is an important aspect of SEO and gaining an audience. For more ideas, information, and strategy to managing your web content, talk to one of our experts at Premiere Creative and give us a call at (973) 346-8100. 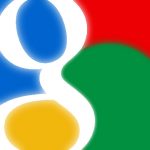 What are Yelp and Google Reviews Worth to Your Business?Search Engine Optimization