Is Snapchat Viable for my Brand? What CMOs Need to Know!

Snapchat was largely considered a fad and looked upon with confusion and amusement when it first launched in the early 2010s. It seemed like another medium for silly micro-content that had no real commercial applications. Most investors, brands, and advertisers thought Snapchat was a dubious platform around which it was impossible to build communities and engage core audiences. And then the app sparked a wildfire. Between May and November of 2012, the number of messages exchanged on the app increased from one million to one billion per day. Snapchat had captured the attention of Millennials. Since snagging Generation Z, Snapchat continues to expand its audience.

Snapchat spent the second half of the 2010s dethroning Facebook as a focal point for Millennial and Generation Z attention online. Anyone at the cutting edge of social media understands what Facebook has become: an abandoned digital amusement park where people fight about politics. Millennial and Generation Z attention is now fragmented between Snapchat and Instagram. CMOs must understand Snapchat’s strengths and weaknesses within integrated marketing mixes.

Snapchat as a Channel for Driving Sales With Dynamic Ad Units

53% of Americans between the ages of 18-24 use Snapchat on a daily basis. Snapchat acts as one of Generation Z’s main methods for communicating with friends, engaging with brands, and exchanging messages online. Consider that, in 2020, Generation Z will command 40% of total consumer shopping in the US, and that 57% of millennials will spontaneously purchase items after engaging with paid content on social media. This is all to say that social is a key channel for driving sales, and that Snapchat drives more Millennial and Gen Z conversions than any other social platform.

Snapchat offers a plethora of innovative ad units designed to feel engaging and impactful. With the beta testing and slow rollout of Snapchat Dynamic Ads, sponsoring products and services on the platform has never been easier. Snapchat Dynamic Ads allow brands to serve custom product ads at scale that optimize based on user devices, demography, screen sizes, product prices, and more.

Advertisers can use Snapchat’s more traditional ad units – like video units, static image units, or rich media assets – for a wide range of branding and sales objectives. Keep in mind that 90% of Snapchat’s user base ranges between 13-24, and that more than 60% of its user base is female. Cosmetics brands can cast a pretty wide net on Snapchat with, say, a 15-second video spot targeting high school girls that follow Proactiv and drive robust results. The ad unit could drive users to the brand’s online store. It could also drive users to landing pages where they can enter contests, redeem coupons, or learn more about a product or service. With the ability to granularly target high-value consumers in real-time, it’s no wonder that Snapchat’s reported ad revenue ballooned to $1.2 billion in 2019.

Augmented reality and virtual reality have been the next big thing for about 10 years. Remember when Mark Zuckerberg bought Oculus in 2015? And yet somehow Facebook has still failed to roll out a compelling and useful virtual reality product? Well where Facebook has failed, Snapchat made significant progress.

Snapchat rolled out a suite of game-changing AR (Augmented Reality) capabilities in 2019. From dynamic scanning tech to improved movement tracking, landmark manipulation, interactive templates, and much more, Snap’s collaborations with Lens Studio and AI Factory have allowed it to blow past competitors. A study published in October in 2019 showed that the platform’s daily active users (DAUs) engage in augmented experiences 30 times per day on average.

A Look At Snapchat Advertising in 2020

To understand why Snapchat’s platform is critical for marketers in 2020 and beyond, consider the following statistics.

Snapchat is a focal point of attention – both on and offline – for planet Earth’s next generation of consumers, parents, voters, and homeowners.

Snap Inc. understands the value of those engagement levels, and continues to roll out more exciting ad units, AR experiences, and other marketing offerings every year. It’s impossible to say where Snapchat will be in the next 10 years. But for right now, failing to leverage this exciting channel’s robust marketing solutions is a mistake CMOs and digital marketers cannot afford to make.

At Premiere Creative, we are experts in creating impactful marketing experiences across Snapchat’s platform. If you’re interested in making a splash and reaching consumers when they’re most interested in buying, give us a call at (973) 346-8100. Don’t forget to read through our helpful blog post covering Snapchat Public Profiles. 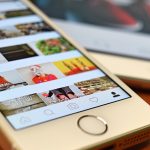 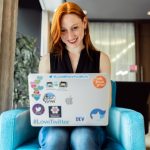