Everything You Need to Know About Click Bot Fraud

Ad fraud is a critical issue facing the world of advertising. When websites are overrun with large volumes of bot traffic, it pollutes the data used by advertisers to make marketing decisions and increases the rates for purchasing ad space. This blog will help you understand exactly what ad fraud is, identify any fraudulent traffic hitting your website, and ultimately prevent it from impeding your success online.

What is Ad Fraud?

Ad fraud is extremely common, and it costs advertisers millions of dollars a year. Put simply, ad fraud is the theory and practice of representing impression, click, and conversion events on digital advertisements. The goal of those who commit ad fraud is to generate revenue for themselves. Ad fraud – or bot traffic – is typically executed by computer software designed to interact remotely with ads. The fraudulent software then creates various fake sites, which will display ads based on cookies collected and other targeting specifications.

How to Tell When You Have Traffic From Bots

There are a few different signs that can indicate if you have bot traffic or not. An abnormally high click-through rate (CTR) is the first sign of a bot attack. CTR is the number of people who interacted with an ad (i.e. clicks) divided by the total number of people who saw the ad (i.e. impressions). If you see a sudden spike in your CTR that seems unusual, bot traffic is probably present.

Another indicator that bots attacked your website is discrepant metrics. As an example, imagine you’re an advertiser who saw a 50% increase in your CTR on a given day. You’d expect to also see an increase in likes, time spent on a web page, and ultimately a steady increase in conversions. If down-funnel metric spikes don’t materialize in response to sudden CTR spikes, the CTR spike was likely caused by bot traffic.

Lastly, weird referrals in your analytics reports indicate bot fraud. Bots want to raise the stats in order to gain commission from companies who pay for advertising, so they want to get users to their referral’s site, which will increase ad impressions.

Bots continue to grow more sophisticated. Luckily, you can implement methods for reducing the number of bots interacting with your ads, and catch bot attacks early. There are technologies on the market like Areyouahuman and ClickCease that you sync with Google AdWords, Double Click, and other ad interfaces to catch fraudulent activity. We recommend testing out this new technology the next time you execute a paid media campaign online.

Bots will continue to evolve and pester Internet advertisers. But by following our methodologies for identifying and eliminating bots, you can avoid and limit the extent to which your campaigns get impacted by ad fraud. For the latest digital trends and news, make sure to subscribe to our blog. Need help analyzing your data from Google Analytics? Give us a call at (973) 346-8100 to schedule a meeting with our team of SEO experts. 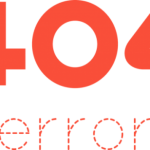 How to Use 404 Error Pages to Your AdvantageDigital Marketing 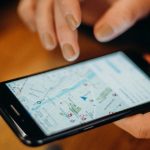 How to Create & Verify a Google My Business ListingDigital Marketing, Search Engine Optimization