Who Are You Reaching on the Most Commonly Used Social Media Platforms?

Keeping up to date on the latest trends in social media audiences can seem overwhelming at times. Let’s take a look at each of the major sites and some of the most recent data about their users so that you can improve communication with your audience and shape a more strategic web marketing plan.

Social media is a collective term for the electronic communication through which people create networks and communities for the sharing of content. The major platforms of Facebook, Twitter, Pinterest, LinkedIn, Instagram, and Tumblr are all part of the social media landscape and present opportunities for online marketing.  The ability to identify and interact with your audience is key to determining how to present content to each of these networks. This means taking into account factors including demographics and usage patterns, but it doesn’t end there. Social media strategies balance gaining traffic and attention from your target audience with building a community with which you regularly engage in conversation. The idea is to seek out your audience and to utilize the various platforms as a tool to listen and to learn.

Social media is highly effective at helping users discover new innovations, industry news, and even professional advice. The user’s social connections within a particular network and the intent with which it is used even impact the amount of trust associated with it, as in the case of LinkedIn. As it is utilized as a professional social network which users consult for industry news, there is associated credibility with posted content.

The ongoing shifts in the user base of social media networks inform marketing strategies, and paying attention to these shifts enables businesses to engage with their target audience successfully. Recent Pew Research Center survey data reveals key information about each of the major networks.

Ranking in as the most popular network, Facebook is utilized by 71% of adult internet users and 58% of entire adult population. It remains popular among women, and the percentage of internet users over the age of 65 who are on the network continues to climb. This is the platform of choice for most, but an increasing number of its users also participate in other social media sites.  Having made the Facebook “like” a household term, it is the network through which users show their affinity for everything from the neighbor’s cat to their favorite watch brand.

This network, which allows users to post content in 140-word posts and popularized hashtags, has seen increased usage by men and urbanites and remains popular with those who have disposable income. Millennials are the most likely to be using this site as well as those who are college-educated.  This is significant, as other research shows that about half of millennials are also more likely to be influenced by the purchasing recommendations of strangers than family and friends.

Women continue to dominate use of this visual bookmarking tool, which also remains popular among younger age groups, suburban and rural residents, and those with at least some college experience. This is the site where you will relate to users over shared interests.  Think home decorating, food, and holidays, which always rank in as some of the most popular.

A professional social network whose use is dominated by college graduates, LinkedIn is also popular among those living in higher-income households.  Users ages 30-64 are more likely to be using it than those ages 18-29. Participating in discussions and answering questions on this site will showcase your expertise and industry knowledge. Joining or, even better, starting a group will connect you to like-minded people and further your role as a thought leader.

Designed for the sharing of photos and video content, Instagram is popular among younger groups, particularly women, and those who live in suburban or urban areas.  Encouraging users to tag their photos with branded hashtags that you create is a great way to engage with users on this site.

While Tumblr doesn’t have as many users as the other sites, those who do use it tend to be highly engaged and young, with most being between the ages of 16 and 24. This platform is geared toward longer blog posts involving multimedia elements as opposed to the shorter content of many of the others.  It maintains an underground feel, so it will take some time to craft the perfect voice for this site.  Make sure you incorporate multimedia into your message.

While navigating the social media landscape can seem daunting, the development of more impactful marketing messages will be guided by your understanding of who is most likely to be using each network. Just as importantly, intend to observe changes in the style and format of content on each network. As you begin to converse with your audience on a more regular basis, keep in mind that social media evolves quickly, and your strategies must keep pace. For more information on social media platforms, talk to one of our social media experts at Premiere Creative. Call (973) 346-8100! 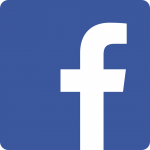 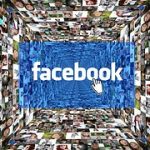