Snapchat First Commercials: What You Need to Know

Snapchat First Commercials can breathe new life into an existing social media strategy. From millennials to Generation Z, users of all ages turn to Snapchat to express their thoughts through photos and videos. Snapchat usage has rapidly grown since launching in 2011; today, the mobile app reached roughly 293 million daily users. Initially, industry experts appraised Snapchat’s value at $31 billion after its debut in the stock market. But the popular social app faced many uncertainties since going public in 2017. For example, the company lost more than $20 billion in value since its IPO (Initial Public Offering). Moreover, the disastrous redesign launched in 2019 caused a backlash, which prompted many existing fans to cease using the app.

Despite these setbacks, Snapchat is still the perfect opportunity for brand marketers to maintain relevancy. It’s clear why people adore Snapchat: it’s fast, efficient, and trendy. The fun filters and fast messaging attract a young audience in a world where people prefer images over text.

Let’s explore the ins and outs of a Snapchat First Commercial and why you should integrate the popular tool into future social media campaigns.

What is a Snapchat First Commercial?

Snapchat released “First Commercials” solely in the United States back in October 2020. This video-takeover product prioritizes 6-second video advertisements when users tune into the DISCOVER function.

When using this tab, Snapchat fans can read compelling stories from the Wall Street Journal, Daily Mail, and other content from brands or famous influencers. Snapchat reported that year-over-year users who watch shows on the Discover tab increased by 45% each day. This valuable data further incentivizes brands to feature Snapchat First Commercials in future social media campaigns.

Younger users are naturally more impressionable to advertising, making Snapchat a logical area to target an emerging demographic. When children grow up surrounded by a brand, they develop trust and loyalty. Consider, for example, cereal commercials airing on television. Children with constant exposure to these ads are more likely to ask parents to buy the product at the grocery store.

Further, popular beauty companies MAC Cosmetics and Clinique recently fell out of relevance due to their target audience’s narrow demographic. But when Clinique’s Almost Lipstick product gained popularity on TikTok, the company earned new fans and brand advocates. Unlike Clinique, MAC Cosmetics did not try to branch out and inspire a new generation to fall in love with their products. If MAC Cosmetics properly marketed themselves through youthful applications like Snapchat, they could gain a renewed popularity.

Currently, the feature is limited to a 6-second advertisement appearance on content created for the DISCOVER page. The further Snapchat expands the DISCOVER function of the app, the larger the impact of First Commercials will yield.

How to Create a Snapchat First Commercial

Before you start publishing Snapchat First Commercials, you’ll need to activate the Ads Manager by creating a business account; follow the steps below:

The Ads Manager is Snapchat’s self-serve advertising platform that allows businesses who have a Snapchat Business Account to create advertisements, launch campaigns, monitor performance, and develop towards their goals. Ads Manager works as a dashboard that lets you manage your Snapchat ads, as well as create, update, and view the performance of ad campaigns, advertisements, and ad sets.

Creating a Snapchat First Commercial is a relatively straightforward process. Simply follow the steps below.

As with all paid advertising, brands must adhere to strict GUIDELINES regarding the content they can post. All ads are subject to a review before going live on the DISCOVER tab. Snapchat reserves the right to reject, ask for modifications, or remove your advertisement for any reason, especially if there is negative feedback. Moreover, Snapchat may suspend or terminate accounts tied to businesses or users violating any advertising policies. Here is a breakdown of content you’ll want to keep out of your First Commercials.

Currently, only 1% of marketers across all industries use Snapchat in their social media outreach. This means the competition for advertisements on Snapchat is small – at least until more brands jump on the Snapchat bandwagon.

Snapchat users can add companies as “friends” on the app. This is a new way of increasing engagement on a personal level instead of typical advertisements that are surface level. A non-surface-level form of advertising can make a user more likely to trust a commercial on Snapchat compared to an advertisement in newspapers or on television. This is due to the relationships between brand and user being one where they are treating each other as peers. Word-of-mouth between peers can naturally generate excitement for news updates or product launches.

Companies using other social media platforms, such as TikTok and Twitter, took this approach and saw significant results. In 2017, Wendy’s began tweeting humorous responses to users. Wendy’s reported an increase in growth of 49.7% in profit from $129.6 million to $194 million for the 2017 year. Social media engagement helped them exceed for the first time their $10 billion global sales target for that year. As a result, companies like Duolingo now respond and comment on TikTok accounts.

The word-of-mouth strategy is not new since many companies use this to gain higher levels of brand awareness through social media. So, if companies harness this approach with the personal storytelling aspect of Snapchat, they will unlock a whole new audience. 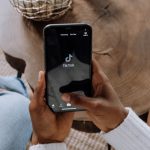 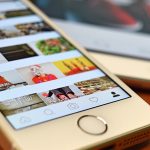