While many welcomed this change with open arms, a shocking number of loyal active users rejected this new interface. With this latest Snapchat redesign, the playing field on how brands interact with the millions of daily users creates new opportunities and challenges. Since the new design will likely stay, how will the update impact users, brands, and marketers?

A Breakdown of Snapchat’s Redesign

One of the biggest criticisms to this redesign involves the changes made to the “Stories” feature, which showcases photos and videos from friends, and content from popular brands. While these stories were accessible for only 24 hours before disappearing forever, this feature was a hit among users. In fact, Snapchat Stories gained so much popularity that other platforms like Instagram rolled out a copycat feature.

But the redesign condensed Stories and a user’s messages into a single newsfeed. To complicate matters even further, stories are no longer grouped in chronological order, thereby making it more difficult for users to see their friends’ updates. Before the new design rolled out, users accessed their friends’ stories by swiping left on the main camera screen. Now, users must swipe right on the camera screen to the new Friends page, and attempt to navigate the confusing newsfeed.

In response to the backlash, Snapchat recently announced the addition of three tabs to the Friends page – Stories, Groups, All – to make the new interface more user-friendly. Unfortunately, these additions are still in development and won’t roll out in the near immediate future.

What Do Snapchat Users Think?

In response to the update, disgruntled users created a petition on Change.org with more than 1.2 million signatures demanding Snapchat to reverse the most recent update. In the aftermath of this new design, many users migrated over to Instagram to spite Snapchat. Despite the wave of harsh criticisms from loyal users, Snapchat continues to stick by their new updates. Snapchat founder, Evan Spiegel, wrote in a blog post:

“Until now, social media has always mixed photos and videos from your friends with content from publishers and creators. While blurring the lines between professional content creators and your friends has been an interesting Internet experiment, it has also produced some strange side-effects (like fake news) and made us feel like we have to perform for our friends rather than just express ourselves. The new Snapchat separates the social from the media.”

However, Snapchat users still continue to voice other important concerns they feel prohibits them from enjoying the social app. For instance, many users report difficulty sending snaps and rewatching their friends’ stories. Before the update, users could re-watch their friends’ stories until they expired; now, users must swipe up and search a specific friend’s name to rewatch their story. The new layout also makes it difficult to find friends because the new list format became too convoluted.

What Do Brands Think About Snapchat’s Redesign?

Despite fans voicing their disdain for this change, brands praised this new move for placing business in a more prominent position for users to discover their products. NASCAR, in particular, reported an increase in story viewership by nearly 80%. NASCAR attributes this influx to the redesign since this surge occurred after the app’s update. Discover, which is Snapchat’s media program for companies like BuzzFeed, Vice, Hearst, Time Inc., and Viacom to run their own channels and split ad revenue, received its own section in the redesign.

Furthermore, non-media brands and verified celebrities now have as much of an opportunity to reach audiences as these privileged media partners. In other words, the new redesign will likely stay because it opens up more opportunities for Snapchat to make money and collaborate with other brands.

However, this new design isn’t flawless. The design structure splits the interface into two sections – one side for content from friends, and another for brands, celebrities, and content not from friends. This, unfortunately, creates a space where advertisers only gain visibility between stories, unless they add users as friends. In this case, brands and influencers have a greater opportunity for their stories to appear in the friends’ side of the app, where there is less competition from other brands.

On the other hand, users will likely use this tab to interact with their friends, and may not engage with brands. According to The Daily Beast, users were 64% more likely to send a snap to a friend than to post a story. Additionally, they reported that the average user sent 34 chat messages per day. With this data in mind, this would mean that users are more likely to be active on the friends’ tab than the discover tab.

The new layout also alters how many pieces of content appear in the discover tab. In fact, the new structure limits hopeful brands because the design features vertical tiles, as opposed to the horizontal method of the past. While obtaining the coveted first spot on this new interface can yield invaluable advantages, brands will have to dish out a costly fee to secure that spot. Lower spots may cost less, but there is no guarantee users will scroll beyond the first couple tiles. Most brands will have to assess the worth of having one of the initial tiles in the discover tab.

Where Will Snapchat Go From Here?

While the long-term effects of this new design still remain unknown, there’s no denying that this design will stay. After all, this change was part of Snapchat’s strategy to become more advertiser-friendly and bring in more revenue. But the social media platform may experience the opposite effect since the design allows users to easily identify and avoid ads altogether.

Due to the controversy surrounding this new design, Snapchat’s next move remains paramount to their success. Will they acquiesce to public demand and revert back to the old interface? Will Snapchat ignore backlash and stick to their update? Or will Snapchat develop a new interface that takes the best from both models? Most importantly, can Snapchat rekindle its relationship with users and influencers? Only time will tell.

Is your brand interested in creating a Snapchat account, but aren’t sure how to utilize this platform? Contact Premiere Creative today and give us a call at (973) 346-8100 to learn the skills necessary to snap your way to success. 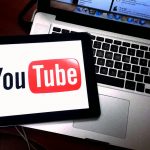 How to Optimize Your YouTube Channel for SEOSearch Engine Optimization, Social Media 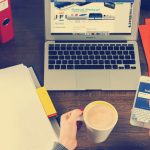