When we check social media during the day, most of us are looking for updates from friends and news about what’s going on in the world. If a story breaks, often we turn to Facebook to see how our friends are responding. More than two-thirds of Facebook users monitor current events this way as they read, share, and discuss news on the network, according to the Reuters Institute’s 2015 Digital News Report.

In response to this user behavior, Facebook has launched a way to host news content directly, eliminating the need for publishers to post links to stories and videos. Welcome to Instant Articles.

One of the downsides to using Facebook to read publisher content had been the wait for websites to load, particularly on mobile devices. Faced with an average wait of over eight seconds, many users simply closed their mobile app and abandoned the content. Instant Articles are designed to be fast and interactive. The articles that appear in your newsfeed are selected through an algorithm and pre-loaded into the Facebook app. If you decide to tap on an article, your screen slides over immediately, and the content is available generally 10 times faster than standard mobile web. By preventing the frustration or distraction that caused users to abandon the Facebook app while they waited for content to load, the social network may be able to keep you using it longer.

When it comes to interacting with Instant Articles content, there are features that allow you to zoom into and tilt high-resolution photos and explore maps. Maybe you want to hear the author’s voice by listening to an audio caption or to like and comment on certain sections of the article. When you scroll through it, auto-play videos may provide additional information. One of the more interesting features is the ability to highlight the Facebook profiles of article authors. In addition to making it easier for readers to follow their favorite writers, it provides some positive reinforcement for the work of content creators.

Despite the creative features that may enhance reader interaction with their content, some publishers are anxious about the shift that Instant Articles has initiated. Facebook had been a way to drive a large amount of traffic to publisher websites. Now, that model has changed. With the social network playing a role similar to that of a publisher, it won’t be driving traffic off site. It also won’t guarantee what priority is placed on any given article. Inaugural partners such as The Guardian, The New York Times, and National Geographic may fare well even when more publishers begin using Instant Articles, but smaller publishers likely won’t receive as much visibility for their content. The same concern can be expressed over any Facebook content, however, as the network’s algorithm already is responsible for determining what appears in individual news feeds.

Are Instant Articles Worth The Trouble?

While publishers face the impact of giving up more control to Facebook and managing their roles as content suppliers, the user experience of Instant Articles centers largely on speed and convenience. For the more than two-thirds of users who read, share, and discuss news on the network, things got faster, easier, and maybe a little more interesting. For more on Facebook Instant Articles, talk to one of our experts at Premiere Creative or give us a call at (973) 346-8100. 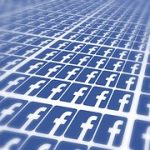 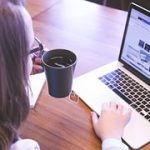