Since its launch in 2011, Snapchat has proven to be very popular among millennials due to its unique and intimate features, which allow you to communicate with other users through animated pictures, videos and text. Many regard Snapchat as the fastest growing social media of all time, accumulating more than 100 million users worldwide since its launch. Facebook took notice to Snapchat’s increasing popularity and has been trying to purchase the startup company for years; however, Snapchat has denied Facebook’s multi-billion dollar offers twice. As a result, the two social media giants have a rivalry of sorts.

This poses the question: Which social media platform is the best? While this question is certainly opinion-based, the social media experts at Premiere Creative believe that Snapchat has the potential to usurp the title of “Top Social Media Platform” from Facebook.

The Appeal is in Simplicity

There is no denying Snapchat’s popularity. While Facebook certainly has statistics to back up its fan-base, Snapchat’s numbers are huge and continue to increase. According to statistics gathered throughout 2016:

Social media experts have analyzed the luring appeal to Snapchat and have found that its success lies in its simplicity. The mobile app is very user friendly because its navigation is prompted with large arrows and straightforward guidelines, and does not have a plethora of confusion options like Facebook. Simply put: Snapchat allows users to send personalized and animated pictures, messages and videos within a matter of seconds to both public and private users.

Snapchat is a Great Marketing Tool

There is no denying the many benefits and opportunities of using Facebook as a marketing tool. Not only does Facebook have many targeting options and advertising features; but also, both small and large-sized businesses have the opportunity to utilize Facebook. Conversely, Snapchat has very limited marketing features as of 2017, most of which only large enterprises can afford.

However, that does not mean that marketing through Snapchat is a lost cause. Millennials, which make up the majority of Snapchat’s users, care about transparency. Currently, Snapchat is great for posting “behind the scenes” snaps! Sharing “behind the scenes” pictures and “sneak-peak” videos of your business and initiating interesting topics is much more effective than generic Facebook posts because they are much more appealing and create positive buzz, which triggers awareness to gain popularity and a following.

How many times have you scrolled through your Facebook news feed and discovered outdated content? Unlike Facebook, Snapchat’s content is timely and in the moment. One of Snapchat’s greatest features is that “stories” last for only 24 hours. This way, you don’t stumble upon old posts like the ones that clutter your Facebook newsfeed. This creates a sense of urgency and up to date news that a user may not experience when scrolling through their Facebook newsfeed.

Top influencers in the social media industry have speculated Facebook’s reasoning for developing these copycat features. Many believe that Facebook wants to steal Snapchat’s audience by offering the same appeal, while preventing Snapchat’s growth by offering the same features. Whether or not that is the case, a clear takeaway is that Facebook is intimidated by Snapchat’s growth and potential to become the top social media platform.

The Future of Communication

Snapchat’s audience still continues to grow due to the whimsical and entertaining appeal the mobile app offers. Currently, Snapchat isn’t popular among marketers and older generations; at least for the time being. But as more exciting features roll up and as millennials continue to dominate the workforce, it may not be long before Snapchat develops marketing opportunities that businesses may find more valuable than Facebook.

To learn more about Snapchat and how it can be used to market your business, contact Premiere Creative today or give us a call at (973) 346-8100! Don’t forget to read through our helpful blog post covering Snapchat Public Profiles. 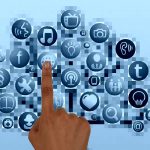 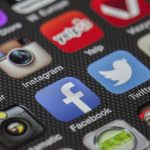