What Marketers Need to Know About 6-Second Facebook Ads

As the rise of advertising on social networks continues, so does the rise of implementing a new style of video in advertising. Video advertisements encompass an important aspect of advertising, especially on mobile devices. Facebook recently unveiled a new, shorter video advertisement, which proves to be extremely effective. Did you know short form videos that are 6 seconds actually reach more viewers, skyrocket brand recognition and engagement?

Pairing these new 6-second ads with the new mid-roll advertising will have more people watching ads and remembering what they witnessed.

Facebook reported a 47% surge in ad revenue from the quarter a year earlier. The total surge amounted in approximately $9.2 billion, with 87% of revenue attributed to mobile advertising alone. “Video is an important part of our mobile strategy,” COO Sheryl Sandberg reports. Mobile offers the perfect platform for these shorter 6-second ads as people now rely on their smartphone for news, social engagements and information gathering. Advertisers are turning to creating short form ads to deliver shorter, faster messages; as research proves internet users pay more attention to shorter video ads.

Facebook picked up the short form 6-second video ad featured on other sites such as YouTube. Many believe that Facebook decided to move towards 6-second ads because of the success YouTube had with them. According to statistics, as 6-second video ads grow in popularity and will likely become a standard format across all social websites. Last year, YouTube announced its 6-second ad version—bumper ads.

Since then, YouTube has changed their ad formats reporting they are “Committed to providing a better ads experience for users online. As part of that, we’ve decided to stop supporting 30-second inescapable ads as of 2018 and focus instead on formats that work well for both users and advertisers.” By doing so viewers will have the option to see ads during their videos. But will Facebook soon jump on the bandwagon with their 6- second ad format? Experts explain that this format will help increase incremental reach and frequency on mobile devices in particular.

What to Include in a 6-Second Ad

Marketers only have 6 seconds to maximize their business. So although you may want to cover all of your material—you can’t. So how do you pack a punch in 6 seconds? The key is to focus on one element in each video ad. If you have three elements, create three ads, each focusing on one aspect of your product, service or company. You can also create a series of short ads and string them together creating a story.

In addition, consider adding these video features to resonate with your message: voice over, music choice, emotion, and comedic delivery. Think about your target demographic? Would a millennial enjoy a video with upbeat house music over baby boomers? When utilizing any of these video features, make sure you analyze how your audience will react to your ad. After all, you only have 6 seconds.

While 6 seconds is a small window, larger time spans can actually have a negative effect on your audience; you will end up drowning out your message. Yes, you will have to cut content however if you try to include all material within a 15 or 30-second ad potential customers may lose interest. Furthermore, if your image is overwhelming the noise in your ad may cause confusion and disorientation.

What is Mid-Roll Advertising?

In 2016, Facebook reported users watched over 100-million hours of videos per day. But unlike Facebook’s competitors, CEO Mark Zuckerberg forbade “pre-roll” video ads from streaming his social media platform. Formatted to begin running at the halfway point during a video, users cannot continue viewing their video until after the mid-roll ad is complete.

Insiders such as Recode foresee Facebook bracing for a squeeze on ad inventory approaching 2018, due to over-saturation on its main news feed. In addition, Facebook’s emphasis on video could mean a transformation of how users will use Facebook. This new 6-second ad format suggests that Facebook will place more importance on the time people spend watching videos, not the total number of videos they watch.

The Rise of 6-Second Ads

Facebook recognizes that shorter advertisements help promote brand recognition, which is why the company strongly encourage advertisers to utilize 6-second ads into their marketing campaigns. Since Facebook users thumb-stop on videos, they will likely spend less time scrolling through their entire news feed; thus less competition for ad impressions along the way.

Unsure how your company can use a 6-second video ad? Boost your company’s image on social media by contacting the digital experts at Premiere Creative today. 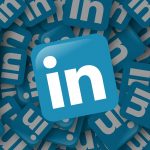 What Marketers Must Know About LinkedIn AdsPaid Advertising, Social Media 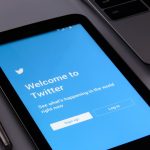