With over 300 million active users, it’s obvious why more brands now shift their advertising efforts to Twitter. The micro-blogging site is trendy, engaging, and allows anyone to share content. Since its release, Twitter quickly climbed the ranks to solidify itself as one of the most popular social media apps. Today, more than 90% of its users access the social app on a weekly basis. Millennials, in particular, account for 61% of Twitter’s demographic. However, cohorts from older generations are jumping on the social bandwagon and logging onto Twitter.

Small businesses may find themselves wondering how they can reap all of the benefits that Twitter offers. To help businesses that are new to the Twitter landscape, Premiere Creative outlines the benefits and drawbacks of each advertising option on Twitter.

There is probably a Twitter user in need of your services or products; they simply haven’t discovered or connected with your profile yet. But with a modest budget, promoted tweets allow businesses to reach a broader audience. These tweets act exactly like regular tweets, allowing users to retweet, like and reply to a brand account, thereby sparking engagement. They also have the capability to draw in traffic to your website, which can lead to a surge in revenue. In addition, promoted tweets only work when users engage with the tweet. If a tweet fails to accumulate organic activity, then Twitter will discontinue promoting the tweet. As a result, social media managers can quit wasting money on a tweet fails to perform, and divert attention to crafting a better tweet.

This advertising method is not without its flaws. The word “Promoted” indicates that a brand is paying for exposure, which may deter certain audiences from engaging. Try recalling the last time you watched a commercial on television or even YouTube. You probably paid no attention, change the channel, or even opted to skip the commercial as soon as possible. The same behavior can apply to promoted tweets. In a world saturated with commercialism, many have learned to simply tune out commercials.

More importantly, promoted tweets can sometimes do more harm than good by aggravating Twitter users. Think back to when you first made a Twitter profile. You probably started following family, friends, celebrities, athletes, industry experts, or other like-minded individuals. In other words, each Twitter users customize what appears on their timeline; they only want to see or read about topics that interest them. So in a way, promoted tweets invade a user’s timeline because they may not necessarily care about the content in the promoted tweet. While it’s true that you can use targeting options to create a narrow audience, you don’t always have complete control over who sees your ads. As such, you run the risk of your ad ending up on the timeline of a user who will be entirely uninterested. This begs the question why brands waste money to reach Twitter users that do not care about their products or brand while they can pursue other advertising opportunities instead.

Finally, many businesses also utilize third-party applications, like Hootsuite, to schedule tweets in advance. Using these applications, however, makes it more difficult to track how well promoted tweets perform since these applications are usually closed systems. Since these tweets appear on user’s timelines, marketing strategists recommend using promoted tweet when the underlying goal is to facilitate a particular action on Twitter or increase general awareness. This method is best utilized when promoting sales and giveaways that include strong calls-to-action. You can also integrate promoted tweets when aiming to promote awareness regarding a product launch or increase website traffic to company blogs and content.

A promoted account utilizes Twitter’s interest based algorithm to suggest your account to users who do not yet follow it. This ad appears in timelines and as part of Twitters ‘who to follow’ recommendation box. This method is sure to boost your follower count. Plus, since Twitter allows you to target users through interests, the followers you gain will be relevant to your brand. Also, these users expressed interest in your account by choosing to follow, so you will gain interested followers responding to your featured content.

Conversely, promoted accounts have the potential of becoming misused. In Twitter’s constant stream of information, users can overlook follow suggestions since they are only seeking tweets. Once users interact with the ad and follow your brand account, you have the opportunity to engage with them organically every day. We suggest keeping your unpaid content exciting and trendy to get the most out of this method.

When a topic trends on Twitter, it appears on a list of “Trending Topics” in the form of hashtags. Hashtags are clickable and searchable words or phrases that identify and unify messages that involve the same topic. Many people believe they should include a hashtag in the content they are promoting, but this may not be the best idea. Since the goal is to promote your product or brand, the only clickable link should be to what you are promoting. Otherwise, users may click away to interact with the hashtag.

Promoted trends are well-known topics that only gain more traction when added to the list on the left-hand side of the Twitter dashboard. The lists of trending topics on Twitter frequently change, based on a topic that thousands of users are discussing. Companies also have the opportunity to add their topic to this list, even appearing with timelines. When used correctly, promoted trends can offer your business enormous exposure. For instance, Coca-Cola achieved unfathomable success with their #ShareACoke campaign. In like manner, the ALS Association successfully brought awareness to their cause with the #IceBucketChallenge. As Twitter users pick up on your hashtag, you can gain organic exposure that increases the reach of your campaign.

Like other features, this method is now without its flaws. For example, promoted trends can become very expensive. For a full day of exposure, a trending topic costs approximately $200,000. Moreover, this method is currently unavailable to self-service advertisers. More importantly, promoted trends can actually do more harm to a brand than good. To illustrate this point, think back to the New York Police Department’s failed attempt to get a particular hashtag trending. Due to rampant reports of police brutality plaguing the country, the NYPD attempted to unify the nation with the hashtag “#myNYPD.”

The official NYPD Twitter account encouraged users to tweet photos of themselves with police offers. Unsurprising to most, this quickly backfired as the campaign was soon overrun with a litany of photos depicting police brutality. Be sure to carefully consider the hashtag you want to promote. Failing to show good judgment when trying to hijack a trending topic can be both disastrous and embarrassing.

Twitter allows multiple features to promote your brand, each with their own advantages and disadvantages. Each method helps brands reach a wider audience, but do so in different ways. When considering advertising opportunities, it’s important to carefully evaluate each method in order to find the one that best aligns with your brand, your message, and your target audience. To incorporate Twitter campaigns into your marketing strategy, contact the experts and Premiere Creative today or give us a call at (973) 346-8100! 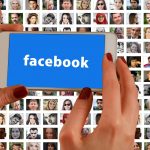 How to Select Images for Facebook AdsPaid Advertising, Social Media 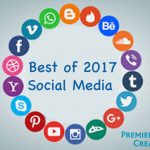