The convenience of Internet shopping and communication changed what most expect from businesses online. Whether airing a grievance, ordering shoes or hunting for reputable businesses, the Internet lies embedded in our everyday lives. Meanwhile, many individuals fear they relinquish their personal information every time they log onto Facebook. And no, these individuals aren’t tin hat conspiracy theorists.

As seen with the recent Facebook/Cambridge Analytica scandal, these people hold legitimate concerns over how Facebook uses and misuses personal data.

Have you ever opened up your Facebook app after shopping for an item online, only to encounter an ad for that item on your newsfeed? Congratulations because you, like many Facebook users, became a victim of targeted ads. While targeted ads allow small businesses to compete online, they also caused numerous concerns over how third-party websites exploit Facebook to acquire personal data.

Sometimes, the specificity ranges on hilarity. Imagine you had to buy plumber’s tape to replace your shower head. Hours later, you find ads riddled across your newsfeed, ranging from PVC pipe to WD-40. Do you know why? You left Facebook open as you browsed and shopped. As a result, third-party websites categorized you as a handyman despite your general inability to fix anything.

At other times, the specificity borders on disconcerting. Directed ads create a sense that somebody, somewhere, has compromising information on you. In actuality, the information is pretty trivial like your age or gender. Nonetheless, that fear still haunts you. Facebook users hope these companies will use the information responsibly by not selling it. But in other cases, users nihilistically accept that data collection has become an inevitability of our digitalized future.

The recent scandal with Facebook confirmed many users’ fears that these information grabs cause more harm than good. In many cases, it isn’t Facebook manipulating this data, but rather third-party apps that utilize or require Facebook. Most remain reliable and reputable, but it’s hard to decipher the good amongst the bad. Most apps offer free services in exchange for access to some profile information. Most apps keep it simple, wanting your name, age, and sex. But the recent data breach collected information such as contact information, political leanings, your “like” history, and the types of posts you share.

Facebook organically creates information that resembles a client list, but when apps gain access to this list, they may take advantage and sell these lists to nefarious companies. From there, a third party source can offload it onto the next one, and so on. This creates a cycle where your information gets passed along, multiplying your vulnerability. The Facebook/Cambridge Analytica scandal shined some light on how data gets manipulated and extracted, creating questions and doubts about Facebook’s duty to protect its users from these data harvesters.

In 2015, Cambridge Analytica, a private, political data firm, gained access to upwards of 87 million Facebook users’ information through a mobile app called “This Is Your Digital Life.” When Facebook discovered the misuse of its data, it shut down the app and required Cambridge Analytica to destroy all data. Unfortunately, the firm never destroyed the data. Instead, they used it for ad targeting during the 2016 US election. Hired by Donald Trump’s 2016 election campaign, the firm utilized personal information, political affiliations, and other information to try and sway voter behavior. The firm allegedly used a personality survey to acquire profile information from users. These users not only compromised their information but their friends’ information as well.

So why would Facebook allow Cambridge Analytica to get away with these deceptive actions? Believe it or not, Cambridge Analytica technically didn’t do anything illegal, at least by Facebook’s standards. For most of the affected profiles, the firm took advantage of Facebook’s obscure regulations. When users create a Facebook account, they consent to profile access from any app they approve.

Facebook’s Founder and CEO, Mark Zuckerberg, spoke with Senators in early April 2018 to address the scandal. In part, Senators wanted to know why Facebook failed to follow up with Cambridge Analytica in 2015, or alert Facebook users about the data breach—mistakes that Zuckerberg apologized for during the hearing.

Essentially, Facebook failed to validate if Cambridge Analytica destroyed the data they acquired, taking the company’s “word” at face value. Critiques, users, and senators all agreed that taking anyone at their word alone is downright reckless. Transcripts from Zuckerberg’s hearing addressed how Facebook would update privacy policies, data access, and app regulation to better safeguard its users against predatory companies and data collection firms.

Why Does This Data Scandal Matter?

With the amount of money Facebook makes through advertising, it’s easy to see how this data breach impacted Facebook’s laissez-faire approach to its advertising. At the hearing, Senator Grassley of Iowa noted: “Facebook generates—generated $40 billion in revenue in 2017, with about 98% coming from advertising across Facebook and Instagram.” With so much money at stake, Facebook had little reason to impose regulations on advertising until now.

The vast majority of Facebook users probably don’t read the privacy policies and user agreements associated with their account. In the case of the Cambridge Analytica scandal, many affected users didn’t realize they agreed to give out their information. South Dakota Senator John Thune argued that with any online service “we are trading information about ourselves for free or low-cost services. But for this model to persist, both sides of the bargain need to know the stakes that are involved.” Zuckerberg still maintains that the social media platform will always remain a free service.

At the hearing, Zuckerberg outlined how Facebook plans to improve the app marketplace by bolstering their vetting process. According to Zuckerberg, “we’re going to be investigating many apps, tens of thousands of apps. And, if we find any suspicious activity, we’re going to conduct a full audit of those apps to understand how they’re using their data and if they’re doing anything improper.” Still, many users and analysts remain skeptical if Facebook can keep up with the ever-growing list of mobile apps connected through their platform.

Steps To Safeguard Your Personal Data

As Facebook takes steps to protect your data, you must fulfill your obligation to keep your information safe. With a few minor fixes to your Internet habits, you can take an extra step to better protect your name and information ending up in the hands of a data collector.

Most people hate ads—hate them until they step into work and try to make a living. As a small business owner, social media plays a crucial role in your business’s ability to advertise, thanks to its lower costs and targeting options. Facebook advertising allows businesses to avoid spending money advertising to inapplicable audiences.

Perhaps one of the most interesting quotes to come out of Mark Zuckerberg’s testimony came when he addressed the unfortunate truth about advertising in general. He argued that Facebook advertising remains the way of the future because even though “some people don’t like ads, people really don’t like ads that aren’t relevant.” With data collection, comes more relevant advertising. He admits that “there is some discomfort for sure with using information in making ads more relevant, [but] the overwhelming feedback that we get from our community is that people would rather have us show relevant content there than not.” Although true, social media companies also need to weigh the dangers that result from acquiring data specifically for ad targeting.

Aside from affected users, small businesses may suffer the most from the Cambridge Analytica scandal. Facebook also blocked third-party broker data from getting utilized in ad targeting It has also removed audience reach estimates for Custom Audiences, making it more difficult for businesses to use the custom audience settings. Facebook also began work on a new certification process that requires businesses to gain consent when uploading email addresses for Custom Audiences. As a business, Facebook advertising becomes a balancing act. A well-targeted ad gives a needy consumer the product they want. Overwhelm them, and they’ll block your ability to reach them. Obviously, small businesses aren’t collecting data on large groups of people, and they certainly wouldn’t do so with nefarious purposes in mind. The pay-per-click advertising structure allowed far more businesses to enter the game and win over clients. If their product or service shines above the rest, they now have a voice that will let their audience hear it.

Strike a balance as a business—don’t get too specific and weird people out. You don’t want to come off as Big Brother. Instead, consider using Facebook for brand awareness rather than as a direct method for sales. Don’t hound people or they will disengage. Instead, offer reliability and expertise. Ad clicks remain important, but they should your only method of reaching new people. By viewing of Facebook as a brand builder rather than a sales creator, your business will come to mind first when a consumer starts looking for help in your industry. If you plan to run ads, use them to accrue likes on Facebook and increase traffic to your page.

Changes will be consistent across platforms like Facebook, Instagram, Twitter, Amazon, Google, and Bing. For this reason, it’s important to have expertise in the field and align yourself with people who know how to play by the rules. Working with a Digital Marketing Agency like Premiere Creative can help you stay up to date during a time where internet privacy issues will result in major changes. Make sure your ads reach your intended audience, without overwhelming them. Most importantly, continue to offer the services and ideas social media users want—if you succeed, your advertising will drive a greater audience to your website. Call us today at (973) 346-8100 to learn more about social media scandals, changes, and how to take precautionary measures to avoid them. 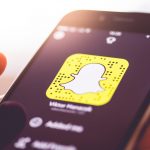 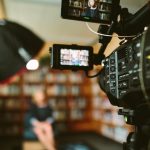