Often, the best social media posts to celebrate the holidays are the ones that do not exist.  Holiday greetings from brands via social media carry a big risk.  That is the risk of coming across to followers as leveraging an important day to extend you brand reach, a factor that is being recognized more and more by consumers as being in bad taste and even vulgar.

Remember, social media is just that – SOCIAL.  Your brand presence on social media is a distraction for users who are mainly there to socialize with family and friends.  Just because you have an idea for a holiday post that you think for sure will go viral and “win the moment” that doesn’t mean you should post it.  The brutal truth is, chances are it will fall flat.

This is the case more and more as people see brand posts in their social media streams for the advertising that they are, and not just for the fun content they are trying to come across as.  Let’s take, for example, some of the major Holiday fails that have already happened this year, even though 2014 is a mere 3 weeks old.

Other Considerations on Holiday Social Media

Remember this – Religious holidays, and commemorative holidays are typically days that it might be best for your brand to remain quiet on social media.  It is understandable that there are some holidays that allow you to come up with a campaign slogan, scheme or strategy that feels so genius you are bursting to tell everyone about it.  That is terrific.  Only that is why so many Holiday Social Media Campaigns fall flat and come off as vulgar. Because Holiday messaging is not supposed to exist in order for you to showcase your social media genius. It is meant to allow you to reach out to your customers with an honest, sincere remembrance or celebratory remark about an important day.

When is it Okay to Combine Your Brand with a Holiday Message on Social Media?

The simplest recommendation we can make is, if you have something that you would like to say to your followers (or to the world for that matter as you can never tell about the virality of any hashtag), go ahead and say it.  Just make sure that:

For example, the AARP honored Martin Luther King by having the “I have a dream” speech recited and recorded by random people who said the words and the organization put together a beautiful and educational video clip of it.  In a word – it was classy, and in the true spirit of what the day means.  Mind you, it’s a fine line that can be crossed.  Had AARP filmed only older people, or filmed people all wearing AARP t-shirts or done anything else self-promotional, it could have easily fallen flat.

Here at Premiere Creative, we largely go without any posting on religious and commemorative holidays for our clients, specifically because so many consumers express a strong distaste for such things.  The exception for that rule yesterday was the social media we posted for our client CATES Tutoring.  The international tutoring company based in New York City, caters mostly to high school students and their parents, and we do a lot of social media that includes educational facts, study tips, etc.

In the days leading up to Martin Luther King Day, we chose to share a link to the official US Government’s “find a volunteer project in your area” search page as a resource for our many high school followers and their families.  Likewise, on the actual date, we chose to share a link of the “I Have a Dream Speech” so that people might read it in its entirety.  As perhaps the most important speech of the 20th century it is vital from an academic perspective to read it and to know it.  So all of those posts made sense to us, and none left us wondering if followers would believe us to be either vulgar or in bad taste.

In a viral world, where one mis-step can set you back further than you ever imagined, sometimes saying nothing is the most powerful statement of all. For more ideas on the best social media posts for the holiday season, contact our experts at Premiere Creative and give us a call at (973) 346-8100.

GET A FREE 20 MIN STRATEGY SESSION
WITH OUR WEB MARKETING EXPERTS
The Best Advertising Idea Facebook Has Had in A Long Time!Social Media 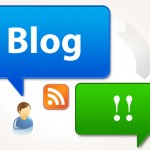 How to Increase Social Media Interaction for Small BusinessSocial Media